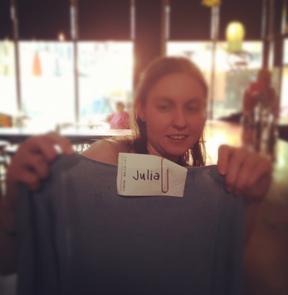 Out-of-print for 15 years, here's the first record Abby Lipstick (of Apocalipstick) and I ever made! This was previously the B-side of the vinyl-only Knock-Ups/Chase split LP.

Filmed on location at Tacoma's beautiful Wright Park in August 2014.  ​

Cherry Ames' Live at the Infirmary is now up on the Bandcamp page.  Recorded during a lively show at UC Santa Cruz in 2000 by Nicholas Taplin, this had previously only been available on home-dubbed cassettes and burned CDs.  The site publishes the lyrics for all the people who commented, "Your band is so loud, I can never tell what you're saying."  I was going through a particularly literary and political phase at the time so songs reference the Aeneid, the Celtic legend of Tristan and Isolda, forced military service, crashed Lambrettas and a particularly beloved WWII army nurse. 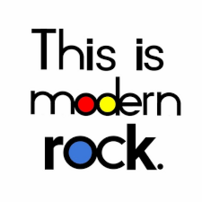 On this stream of Dave Hammond's Smelly Flowerpot on Cambridge 105 FM:

(En Un Coche is about 6 minutes in and, no, that's not how "coche" is pronounced!)

My long-time internet pen pal, English singer-songwriter Simon Waldram recently did me the honor of covering Sleep Tight at one of his shows.  I think he did a fantastic job!  Please give it a listen and check out his site.

Pleasure Holiday is Julia Fernandez - vocals and instruments.   A small handful of people know me from some previous bands (The Fall Colors, Cherry Ames and The Chase).  An even smaller handful have asked for recordings which were previously housed on stacks of 4-track tapes, hard drives and out-of-print LPs.  This website collects them all in one place (all they're all free to download). 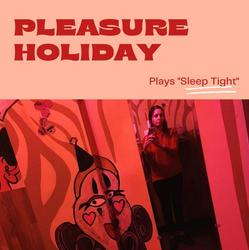 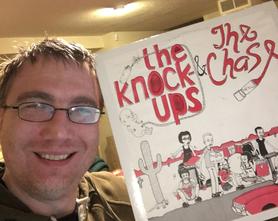 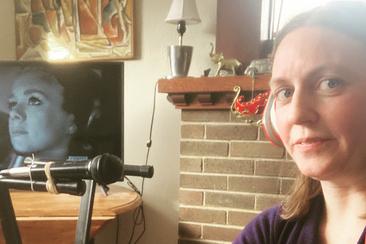 Pleasure Holiday is now up on Facebook at: facebook.com/julesmontrose.  You know what to do...

Old song, arty new video.  This one was made completely on Flipagram for iPhone.

I'll be playing at the grand opening of Jigsaw Records this Saturday (a.k.a. Record Store Day).  I'll be playing around 6pm but music starts at noon.  It sounds like it is going to be a very good group of performers, so come out early, if you can.  608 NW 65th in Seattle (Phinney Ridge).  Post-show vegetarian tortas and margaritas at El Chupacabra appears to be a likely event.

By complete and total accident (ask!) they have one of the only remaining Chase/Knock-Up LPs in stock.  It's almost 20 years old but it's technically new!

New single with English singer-songwriter Simon Waldram is now released! Check it out!

Hey, it's been awhile! I'm keeping busy working the COVID frontlines and trying to get used to quarantine life.

In the meantime, I appeared on Will Westercauw's This Is Modern Rock podcast discussing songs of the year 1991.

I recorded an hour-long session for Beware the Radio and its first air date is tomorrow. This was a total blast to record and includes both Fall Colors and Pleasure Holiday songs including rare and unreleased tracks. Also, lots of banter with backstories and other assorted silliness. Want to hear me sing in Turkish? Here's your chance!